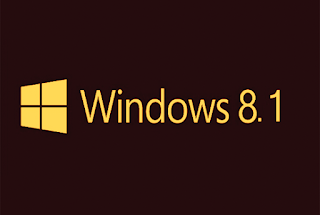 Whether this is your first time using Windows 8, or you just upgraded from Windows 8 to 8.1, you should have a guide to help you out.

I have had my current Windows 8 computer for six months, and until I received this Windows 8.1: The Missing Manual a few weeks ago, I hate to admit that I knew so little. I managed to find my way around, but within the first chapter or two, I found that there were quicker ways for me to do everything. I also began using the App Side much more, or whatever you want to call the part of Windows 8 that looks like a tablet, as opposed to the desktop side.

This Windows 8.1 manual is about 900 pages. This is what I learned in just the first 30 or so pages:

One of the free apps is Microsoft Xbox Music (which has nothing to do with Xbox), where you can listen to any music that you want for free

In the 8.1 update they added back the start button to the lower left corner of your desktop, however when you click, or touch it, the only thing it does is take you to the Start Screen (App Screen)

There is more than one way to do everything, but as I learned the hard way, some ways are much better than others

There are easier ways of logging in to Windows 8.1 that typing in a password.

The App Screen also displays Desktop apps if you want it to. You can choose which of your apps that you want to show on the screen.

Now I’ve had my Window 8.1 computer for 6 months, and I am fairly tech-savvy, and just learned all of the above from the Introduction and chapter one of David Pogue’s extremely helpful manual. Think of how much more that you can learn in the additional 27 chapters and 4 appendixes. You will learn everything about the App Screen (or as Pogue calls is “Tile World”), the Desktop, Windows Online, Pictures and Music, Hardware and Peripherals, the health of your PC and the Windows Network.

The author of Windows 8.1: The Missing Manual, David Pogue, is one of my favorite tech writers. Until very recently he was a tech columnist for the New York Times. He recently joined Yahoo to launch a new consumer tech site. If you ever get the chance to see him speak in person, go for it. He is extremely funny and some of that humor seeps into his tech manuals as well.