Nokia ties up with Microsoft to launch new smartphones 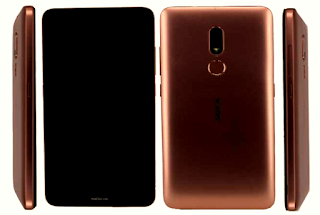 Nokia has developed into a household name, and secured a position for itself in the market. The company, along with its products, has come up as a brand that everyone trusts. Nokia tries to bring in innovation and launches new products, equipped with the latest mobile technology.

To step ahead of its competitors, Nokia had tied up with Microsoft in February 2011, to launch smartphones around the world. The company has planned to launch Windows tablet in the middle of the year 2012. The tablet will run on Windows version 8. The gadget will feature a 4.3-inch AMOLED screen, a 1.4-gigahertz dual-core processor and an 8-megapixel camera. The recently launched Nokia Lumia 800 can also boast of the similar features.

Nokia tries to bring their brand name back into notice in the US market, since the company had been suffering due to the fierce market competition. Thus, this high-end handset will be launched to grab those customers, who are presently searching for new options other than the iPhone and Android devices. The market has already been buzzing with excitement, since the consumers heard about the new promises by the company.

Nokia has also made an effort to regain its position in the market with launch of low-end smartphones. The new Nokia Lumia 710 with the Microsoft Windows Phone 7 will also be available in the shops from early January 2012. This type of smart phone is for the first time smart phone users, since they usually look for a user-friendly device with interesting features. This phone is upgraded with the latest mobile technology, to grab consumer eyeballs. T-Mobile will act as a carrier partner for Nokia, and the Lumia 710 will be sold through them in the United States of America.

Companies like the Samsung and HTC also produce smart phones, which run on Microsoft Windows Phone Operating System. However, Stephen Elop, the CEO of Nokia, termed their Lumia versions as the first ‘real’ Windows phone.

The market share for Nokia has been gradually going down. So, Nokia plans to launch new products into the market, to bring itself back on the charts. The company feels that re-introduction in the market will be possible, only if it takes up new ventures. It is hoped that Nokia will gain the lost foothold in the US market with this appealing and new mobile technology. Only time will tell whether or not Nokia will fulfill its objective and be able to fight back against Apple and Android.