Technology Facts That Will Blow Your Mind! 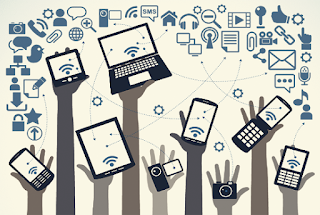 Science is an amazing thing to be explored. We find new things everyday which leave us wondering to uttermost limits. There are a few technology facts which would not only startle you but are also useful in the daily lives.

So, here is a list of a few facts from a daily life which you could have never imagined.

Can bread be used as an eraser?

Well, as common person you might even laugh at the very thought of using bread in place of an eraser to rub away the mistakes. But yes! It’s true. Erasers are significantly important in every field which requires the use of stationary it has been found through researches that before the invention of rubber as eraser; it was the white bread which was used to rub away. White bread has been known to have erasing properties and hence can rub away the graphite marks. The way to use it was to be rolled up the bread after cutting away the hard brown edges and rub away the pencil marks. Since, erasers rub the marks by picking up the graphite particles as they are stickier than graphite and thus they remove these particles from the surface of the paper.

The project ‘Acoustic Kitty’ by CIA, was supposed to a cat which will be installed with a microphone accompanied with a battery and antenna. This was in the year 1960 and an investment worth $20 Million was made on the project. The cat was trained to eavesdrop on 2 people and it was then that it died a tragic death by coming under a taxi. Since then, the project was abandoned in the year 1967 and was thought to be a total loss at the reason that a being which cannot be controlled humanly is ineligible to be a CIA agent.

If you take a quick look at them; you might mistake them for a playful toy of kid. But, they are just another invention of the science which has some up as a wonder grain. This beautiful breed of corn is a product of imagination turned into reality of Carl Barnes, who happens to be a part Cherokee farmer and a resident of Oklahoma. The man has put on several years of hard work in developing the Glass Gem Corns and then passed on the secret to his corn-breeding protg Greg. In the year 2010, Greg build a sampling house so as to keep his seeds safe but later passed on many exclusive varieties of corns to his fellow seed man named, Bill Mc Dorman, who happened to be the owner of the Seeds Trust at the time. Seed Trust was then a small seed company which was located in Central Arizona. Carl developed the corns from ears with natural splashes of shade of different colors and then bred them altogether and now it’s one of the famous Technological facts.