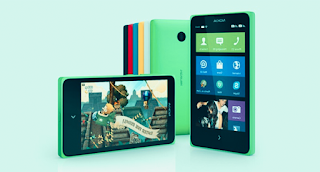 Nokia recently launched its first Android-based smartphone in India, Nokia X. But, I think the device will not be a hit especially in India.

Here are the five reasons why the Nokia X will fail.

The first and main thing is that the device boasts poor specifications. Even though its a budget offering, the specifications and the price of the device is not good enough to attract people. The device is a bit over-priced and looking at the competition in India especially in the budget segment, there are high chances for this Nokia device to fail.

2. Not the usual Android

The second reason is that although the device runs on the Android platform, it is not the usual android that people are used to. The user interface looks like a mixture of Android, Windows Phone, and Asha. There was completely no need for a new hybrid considering that there are already many mobile OS in the market.

The third reason is that there is a really tough competition. There are enough Android phones in India that can kill this Nokia smartphone.

The fourth reason is the camera. Nokia X features a 3 MP camera which is no good. Nokia has always focused on smartphone photography in its devices but that is not a case in this one. There is even no front-facing camera.

The fifth reason is that the device will compete directly with the Nokia Lumia 520 and Lumia 252. There is no doubt about the heavy success of entry-level Windows smartphone Lumia 520. So, the Lumia 520 and 525 could be a threat to Nokia X.

These are the reasons I think the Nokia X will fail. You can share your views about the reasons stated above or you can also suggest another reason via the comment section below.